“Beauty is pain,” people often say. Although we don’t agree with this popular saying (we believe that true beauty comes from within and it doesn’t ache at all), we are well aware of the fact that women nowadays endure a great deal of physical discomfort for the sake of their physical appearance. Wearing high heels, waxing unwanted facial and body hair, and “improving” certain parts of their bodies by undergoing cosmetic surgery are proofs that Beyoncé’s “Pretty Hurts” is sometimes true. 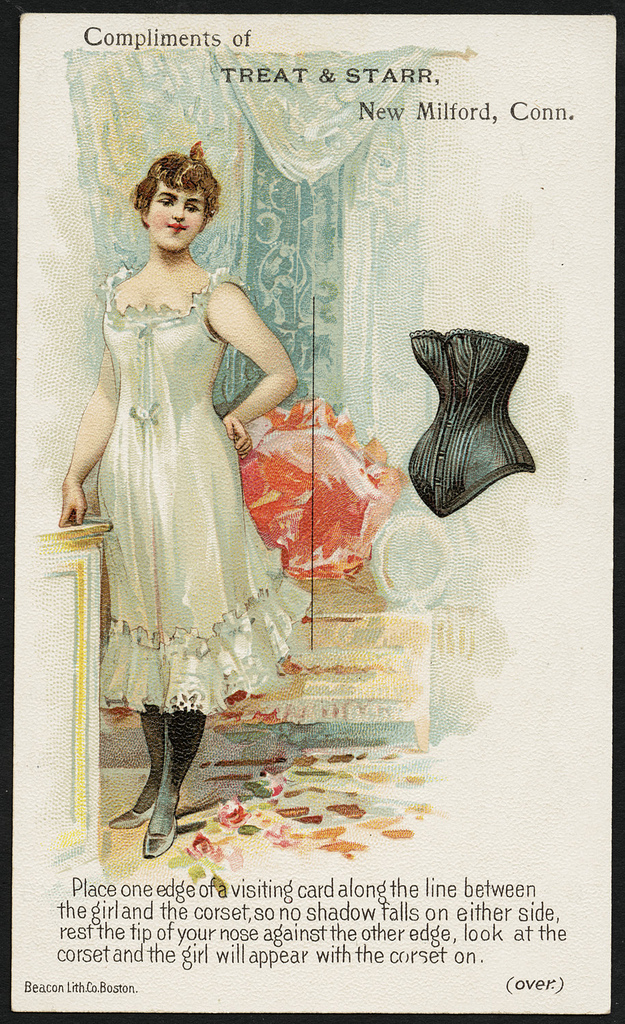 However, today’s women have it much easier than their female ancestors. History shows that women in the past had to suffer immensely simply because society and fashion trends dictated so. The Victorian era, for example, was one of the most unpleasant and restrictive periods of time for womanhood (to say the least), as this was when three of the most notorious women’s garments reigned mercilessly: crinolines, bustles, and, of course, corsets. Since corsets were a part of the European woman’s wardrobe for hundreds of years, we decided to dive into their complex and for many of us secret world. The history of corsets is extremely rich with both surprises and peculiarities, so prepare to be shocked (don’t say we didn’t warn you). All right, let’s get started.

The Birth of an Unforgettable Undergarment A lot of people associate corsets with Victorian fashion and the famous hourglass figure without knowing that this article of clothing was in fact born in the 16th century, during the reign of Queen Elizabeth I. The purpose of the Elizabethan corset was to mold the wearer’s torso into a cylindrical shape, which means that this undergarment changed the whole concept of clothing and tailoring. In other words, clothes were no longer shaped to the body, but the body had to adapt to the shape that was currently in vogue. When it comes to this undergarment’s emergence, it’s interesting to mention that there is some evidence that the history of corsets began way earlier than most of us think. Believe it or not, there is a figurine of a Minoan snake goddess (or priestess) sporting an underbust corset-like garment found at the palace of Knossos that dates back to 1600 BC. Now that’s pretty amazing, isn’t it? We wouldn’t forgive ourselves if we ended this part of the story without mentioning Roxey Ann Caplin, the woman who earned the title “inventor of the corset”. The British writer and inventor didn’t actually invent this memorable undergarment, but she did create and exhibit unique corsetry designs upon which the Victorian style of corset was based. This corset didn’t have the shoulder straps of previous versions and came with tight lacing to narrow the waist as well as to support and shape the bust. As you can see, historical experts aren’t quite sure when exactly the corset arrived, but that’s okay - a little mystery is always welcome.

The Rise & Reign of the Corset

The corset was one of the most popular articles of clothing for almost four centuries, but it’s safe to say that it ascended to the fashion throne during the Victorian era. Once Victoria became the Queen of the United Kingdom in 1837, the waistline returned to its natural position and the corset changed its shape to the romanticized hourglass silhouette that’s always been linked to Victorian fashion. Support of the breasts and waist-slimming were the two main purposes of this iconic undergarment as Victorian fashion trends favored curvaceous women’s bodies. The Victorian era was the time when garter clips were added to the bottom of the corset. Gone were the days of plain cotton and linen corsets; lovely colors and beautiful materials like satins, silks, and brocades entered the picture, spiced up the corset and made it much more appealing. Before and during Queen Victoria’s reign, the boning that stiffened this undergarment was usually made from elephant, moose, or whalebone. Cane, ivory, and wood were rarely used. After a certain period of time, metal ribs were introduced, which made the corset really stiff. The 1840s corsets were cut from separate pieces stitched together. This was done in order to give roundness to the Victorian woman’s chest as well as to shape her hips. The bodice of the Victorian dress was smooth thanks to a broad busk (made of wood or steel) that was inserted up the center front of the undergarment. In the 1840s and 1850s, corsets became longer – they now ended a few inches below the waist. The new corset created an exaggerated curvaceous figure much like Scarlet O’Hara’s in the timeless movie ‘Gone with the Wind’. Apart from creating the hourglass silhouette, corsets also had the task to conceal all the layers of underwear, including petticoat, drawers, and chemise. Even though the corset helped Victorian women look attractive and elegant, this body-hugging and heavily-boned piece of clothing wasn’t truly their friend. It restricted movement and made engaging in certain activities difficult or impossible. Aside from this, the corset was also a threat to women’s health, particularly during pregnancy. The history of corsets, especially the one of Victorian corsets, shows that this undergarment was practically a torture device. It often caused women to faint (this is precisely why Victorian women had a need to retreat and rest in their bedrooms in the middle of the day) as well as to breathe with the top of their lungs. This often led to irregular and heavy breathing, but people, particularly men, weren’t worried about it because seeing a woman’s chest heaving up and down was considered seductive and pleasing. There are numerous photographs that provide us with valuable information about the history of corsets. They make it much easier for us to imagine how uncomfortable and painful must have been to wear Victorian corsets. The woman’s body was often tilted and unnaturally stiff as a result of the popular narrow-waisted corsets. In addition to the previously mentioned negative effects of wearing a corset, there are experts whose work proves that it deformed the skeletons of Victorian women. Anthropologist Rebecca Gibson’s latest research on this subject published in ‘NEXUS: The Canadian Student Journal of Anthropology’ reveals that this garment deformed the ribs and misaligned the spine when it was worn for a long period of time. We guess physical beauty can indeed be painful and dangerous. 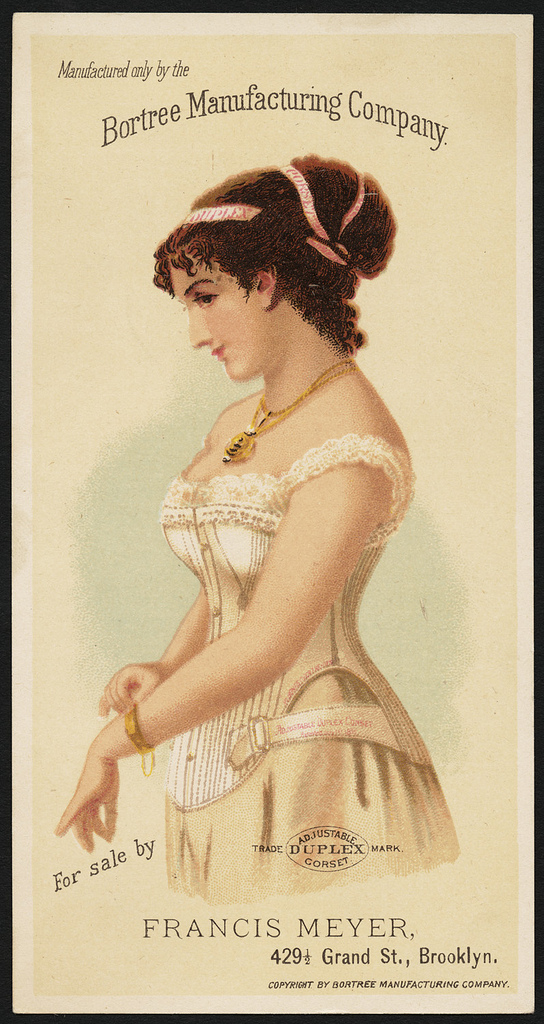 It may come as yet another surprise related to corsets, but these garments weren’t worn solely by women who wanted to achieve the desirable tiny waist. The history of corsets says that there were also men who chose to wear this article of clothing as a way to improve the appearance of their bodies. The Dandy and King George IV were two men known to wear a corset (or a body belt) to create the fashionable smooth lines of men’s clothing. Believe it or not, there are preserved corset-shaped cages of iron that date back to the 16th century (good god!). Fortunately for both women and men, they weren’t a part of normal clothing. According to some theories, these iron corset-like cages were brute attempts at orthopedics as well as early fetish accessories. 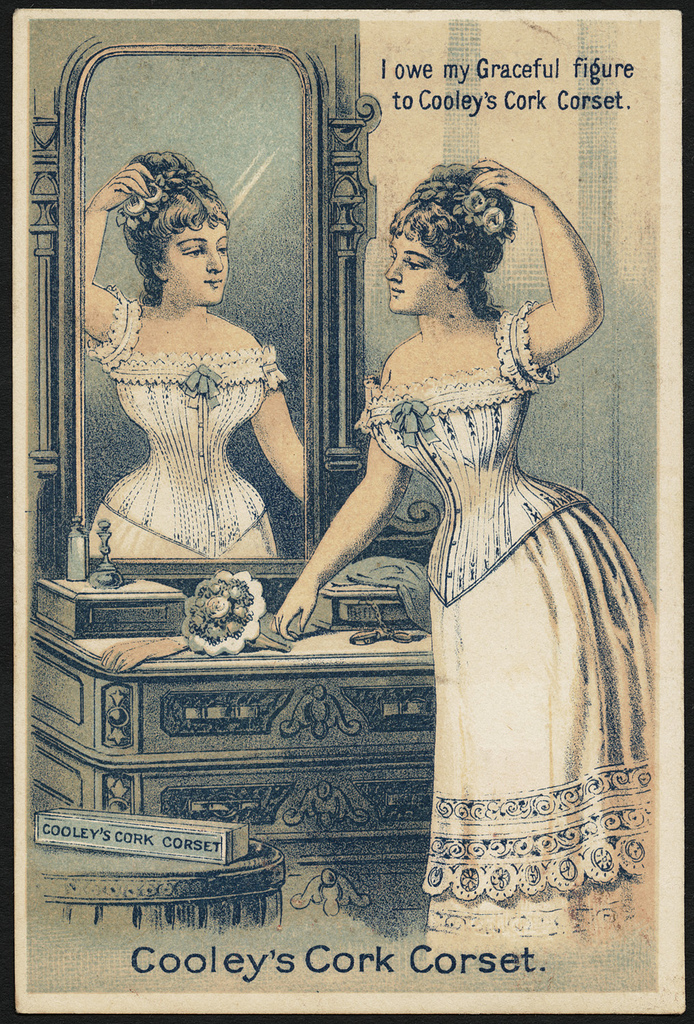 The Place of Corsets in Today’s Fashion World

More than two centuries after its reign, the corset is still going strong. However, modern corsets are way less constrictive and uncomfortable than they were in the past. Today, these garments are typically made of a flexible material and stiffened with boning, which means they no longer feel like a cage (unlike Victorian narrow-waisted ones). Why exactly do the women of today wear this despised-by-many undergarment? Well, some wear it for erotic purposes (we must admit that a tastefully designed and beautifully made corset can give a woman more sexual appeal and infuse her with a fresh dose of confidence), others wear it as a fashion statement (remember Madonna’s unique tight bodice in the 1980s?), whereas a third group of ladies (and men!) wear it for health reasons and body support (in these cases, a medical corset is custom-made). Oh, let’s not forget to mention our fellow vintage enthusiasts who incorporate corsets into their outfits as a way to honor the Victorian era and its fashion trends. The beauty of wearing modern corsets (corsets manufactured today) lies in the fact that they can be easily paired with pants and skirts - a gorgeously feminine combination when created thoughtfully. No wonder a number of reputable fashion designers have included them in their collections and lots of celebrities have made room for them in their closets (Kylie Minogue, Eva Green, and Dita Von Teese are only some of them). What about you: do you wear corsets and if you do how often? What’s your opinion about this controversial piece of clothing? Let us know in the comment section below. 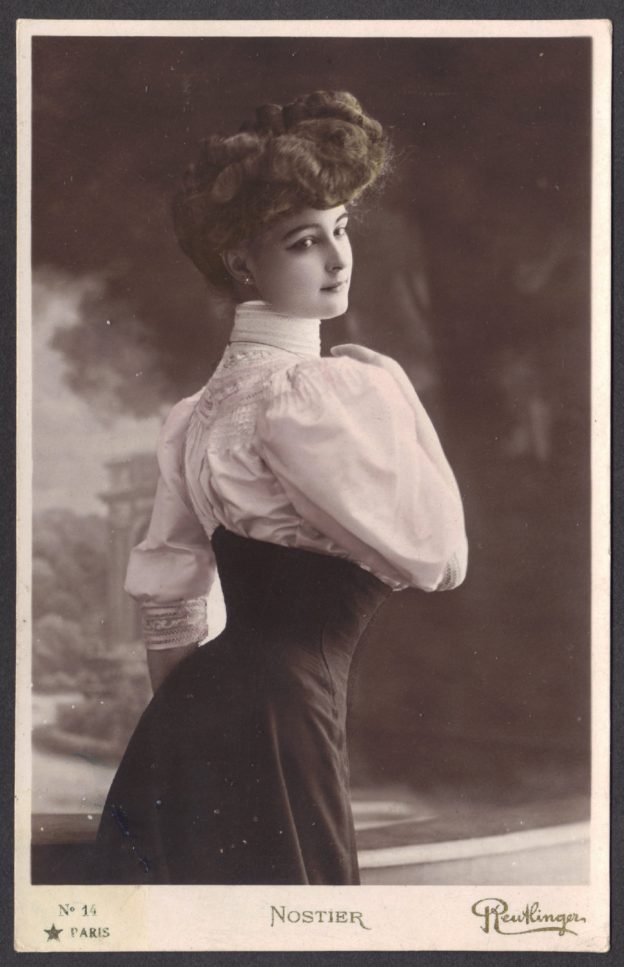